In episode 8 of Hyundai’s Next Level titled “Whatever It Takes” we get a fascinating behind-the-scenes glimpse of the 2022 IMSA Michelin Pilot Challenge season and the daunting mission Hyundai and Bryan Herta Autosport had set for itself.

That mission was to deliver a “three-peat” — as in, win the Manufacturers’ championship for a third straight year.

As this episode illustrates, the year started with a few knocks and lows, and the competition Hyundai faced from the rest of TCR field was resoundingly strong. However, each part of the team found their footing with each race, building on strength after strength.

Team principal Bryan Herta emphasizes that it’s all about execution. There’s no magic to success. Each season they must find a way to do essentially the same thing, only better.

So after 10 grueling races, how did they do?

Every level of the organization rose to the challenge, and they delivered.

Mission accomplished. As the episode title implies, they did “whatever it takes.”

It’s not overstating the fact to say that Hyundai and BHA dominated the IMSA Michelin Pilot Challenge TCR class, but that domination only came about thanks to the extraordinary collective effort they put into the cause. 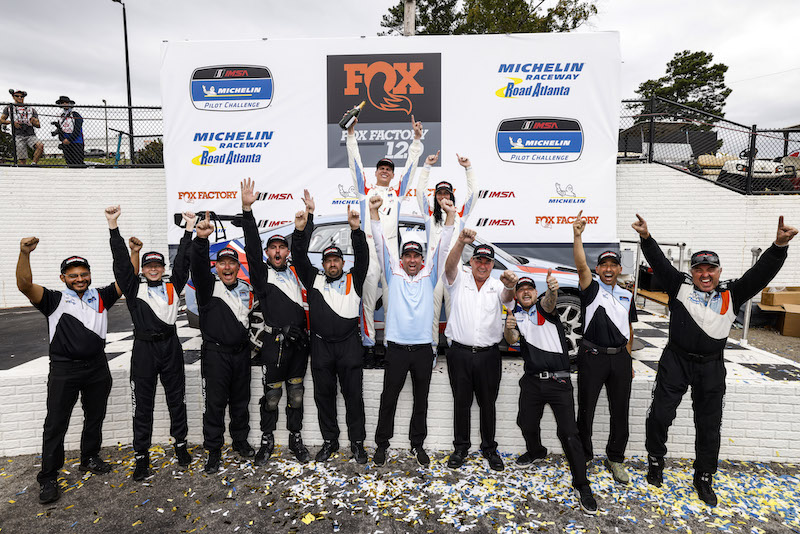 As we look back on one season, preparation for the next has already begun. Bryan Herta certainly isn’t taking the success for granted.

“Every year is the same for us. You have a great year like we did this year, but we return and start from zero,” says Herta. “There’s new challenges. We’ve heard that there are some new drivers and teams coming into the championship. We know that Audi and Honda will bring new cars to the TCR class. So, around this time of year, I always feel nervous about if we are doing enough. Nothing lasts forever.”

“We won our first championship in 2019, but if I look back at how we did things then and apply that to what it takes to win today, we’d struggle to make it into the top five,” he says.

“It doesn’t get easier,” says Herta. “But the reality is that how we raced this year has very little to do with how the next season will go. No one is going to give us anything because we’re the defending champs. I know how we think, and that’s if you get beaten you just want to work harder. That’s how racers think.”

Even so, it’s alright to take a few minutes to savor the success of 2022.